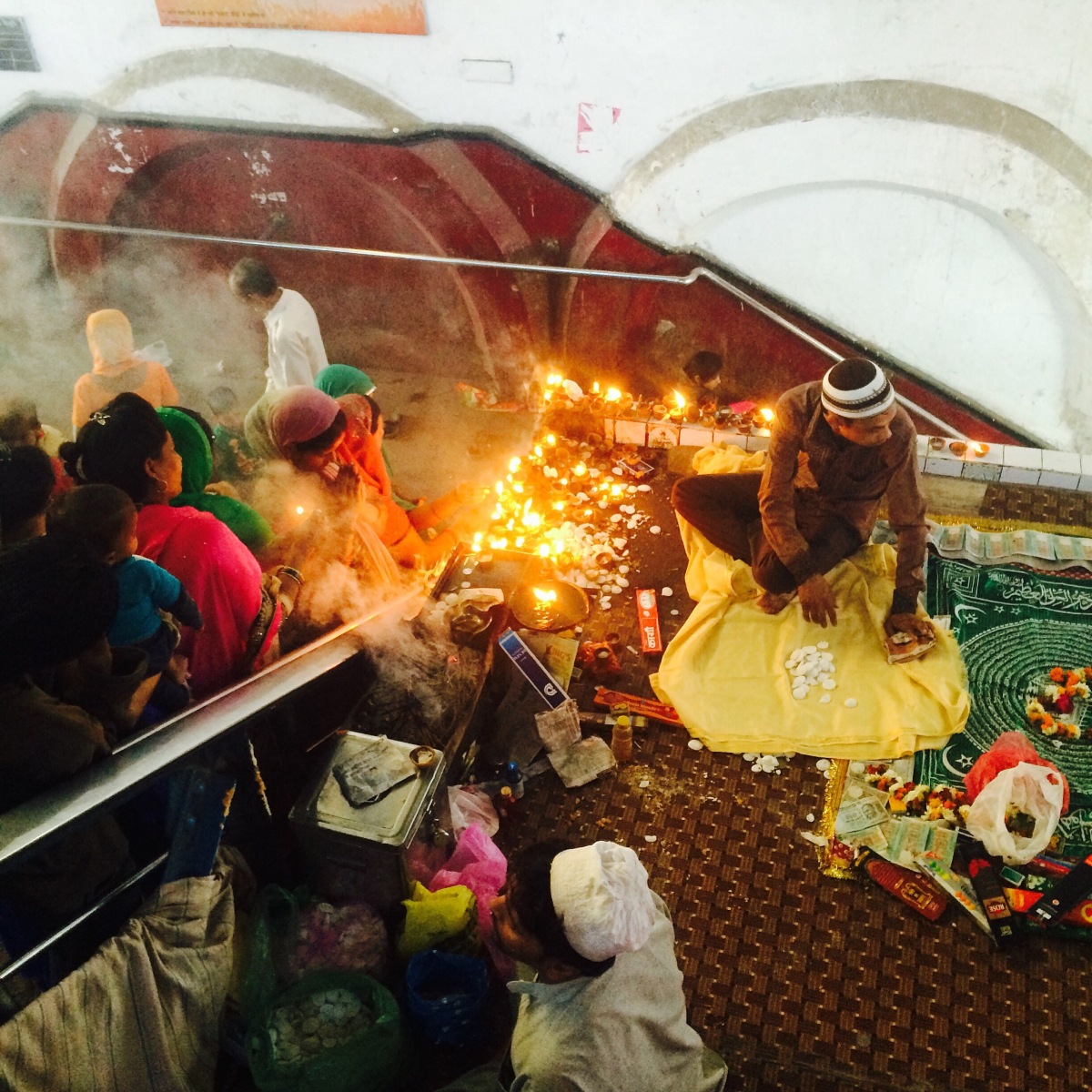 This picture has been originally clicked on an iPhone 5s without any filter. The scene is of a shrine which is located in between two platforms on Ghaziabad Railway Station near New Delhi in India.
The picture has been clicked by Mayank Mishra

Inputs and suggestions about the photograph will be appreciated.

‘Religion’ or “one’s faith” is a concept which has divided humans more than any other. It began as a tool to unite and come together in understanding the universe through love, faith, hope and all the positive things in the human emotions. There must have been a time when religion became the masthead of everything opposite to it. Right now it is just heading towards a Big Bang and it has got us all hooked on.

In my country India, everything is hyped and so is religion. There is always a lot of fuss over religion, especially the feud between the Hindu and the Muslim communities. In past my motherland had to go through the pain of seeing her children’s blood shed by her children. Riots, discontent, intolerance, violence and other ideas like revenge and retribution are in total disagreement with any religious philosophy out there. Buddha,Christ or The Prophet they all would certainly disagree today with the ideology our Religion Officers are spreading. There are politicians out here who call themselves Yogi but talk about mass massacres, revenge and retribution.

Whole political battles are fought behind this shield, guess who gets sacrificed, the common people. While politicians carve out their sly campaigns around our religions borders, we brutally slaughter each other in our minds. We burn on the hate fuel supplied to us and cause collateral damage. At the end we lose a brother from another mother and end up filling the pockets of brokers who would not shy away from selling emotion and faith.

I recall someone telling me that everthing is  a commodity, what is not now will soon be in the future. He went on to tell that every commodity is pricable and thus taxable. To sum up, understand this: you are being played by your emotions. Listen to yourself, look at yourself, watch yourself and you will know the truth.

Though I may have begun to sound a bit political in the middle of the article but my intention is to only search for the truth and comment on human behaviour.